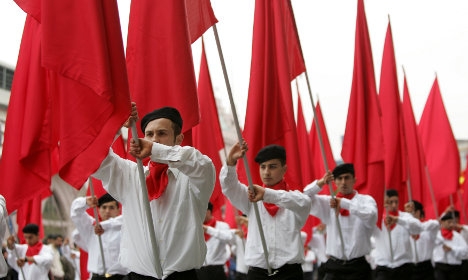 Turkey had been seeking his extradition for an attack on a bank in Ankara in 1995.

The man, believed to be a member of Turkey's outlawed Marxist Revolutionary People's Liberation Party Front (DHKP-C), was arrested in Mestre, a port on the Adriatic Sea close to Venice. He was reportedly there on holiday.

His lawyer, Nicola Canestrini, was quoted by Ansa as saying he is confident the request would be rejected by the Venice appeals court as the man is recognized as a political refugee in Austria, where he lives.

"We are in a strong position because of the recognition of a state like Austria that gives unequivocal certainty that our client is a victim and not a murderer," Canestrini told Ansa.

A day later, an armed woman linked to DHKP-C was killed by police as she tried to storm the city's police headquarters.

The Turkish authorities have rounded up over 30 suspected members of the organization since then.