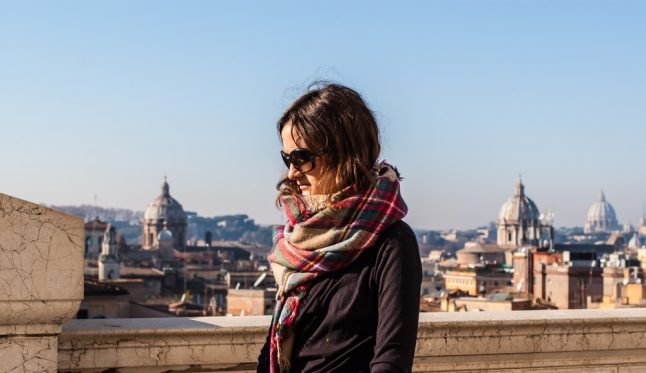 1. We are overly superstitious Italians can take superstition to the next level. Avoiding walking under a ladder is pretty common, but things can get tricky when someone refuses to carry on driving because a black cat has just crossed their path. To avoid “sfortuna,” or bad luck, one would make a substantial detour. After tripping up, it is also common to go back on your steps and perform the action once more, without a fail this time. My British friends often find this bewildering. Italian food is one of the best in the world, so why waste it? Get a piece of bread and clean whatever sauce is left on your plate. There is something deeply satisfying about seeing a bright white plate after a big meal, and the host will surely be pleased. Restaurant owners can often be heard telling their customers to “clean the plate”, much to the bemusement of tourists.

3. Wearing coats and scarves in the summer is the norm As we wrote earlier this week, health is of great concern in the country, and one would go out of their way to avoid getting “hit by air” or “cervical pain”. For this, us Italians keep scarves and warm coats on pretty much all year long, and only foreigners are seen wearing shorts and dresses in June.

4. There’s a thermometer in almost every house…and plenty of umbrellas Leading on from the health thing, almost every Italian house has at least one thermometer. This is the tool used to ascertain if one has fallen victim to the above-mentioned ailments. For this reason, owning a thermometer, and being able to know exactly how many degrees our forehead is when anything goes wrong, feels very reassuring.

There are also plenty of umbrellas in an Italian home. That said, when it rains, most Italians cancel their plans and choose the best protection of all: staying in, much to the irritation of the non-Italian friends they've just ditched.

5. We're not into queuing For any remotely British person, Italy is a nightmare. We don’t queue, we just stand close to one another until we see an opportunity to overtake you. But for Italians, it’s perfectly normal! Arm yourself with a lot of patience, or download a game on your phone – and don’t get offended by nudges, they most probably didn’t mean it.

6. We enjoy an argument Italians speak their mind, no matter whether you like it or not. For this reason, it isn’t rare to see us argue openly on the street, only to be seen laughing a few minutes later. This kind of disorderly conduct, which would cause a “don’t make a scene, please” moment in the UK, is common in Italy, and we are often appreciated, like the French, for our honesty.

7. We use a bidet regularly. But what for? A very strange concept to foreigners, the bidet is a lower sink placed next to the toilet in Italian bathrooms. Many foreigners stare in wonderment at this fixture, and often use it to wash their feet after a day at the beach. But, in fact, its real purpose is for cleaning your nether regions after using the toilet. While they’re also omnipresent in other European homes, 97 percent of homes in Italy have a bidet.

8. We have very strict coffee rules, especially after lunchtime Coffee with milk is only allowed in the morning. So that means no caffè latte (what Italians usually just call “latte”) or cappuccino after midday. The only acceptable exception to this rule is if you have woken up late, are having breakfast and the weather is particularly cold. Then a cappuccino would just make your day a little brighter.

Otherwise, it is believed the milk will upset your digestion, and the waiter will even give you a concerned look.

Be reassured, you can still have a coffee after lunch, but make it an espresso.

9. We eat three-course meals all the time, with pasta being the first course A bowl of pasta is considered a full meal elsewhere. Not in Italy! Here, pasta is only a starter, or a “primo piatto,” and soon meat and dessert will follow. We love socializing over food and drinks – more than over a coffee – and the longer the dinner lasts, the better it probably is. Young Italians don’t call anymore in 2015. We “buzz” you, or give you a “squillo” – which means calling, letting it ring a couple of times and hanging up. For as rude as this may sound, it has become a very popular way of keeping in touch with friends. For example, if I am on my way to meet a friend and I know I will be late, I will give my friend a “squillo” and said friend will understand, without any exchange of words needed.