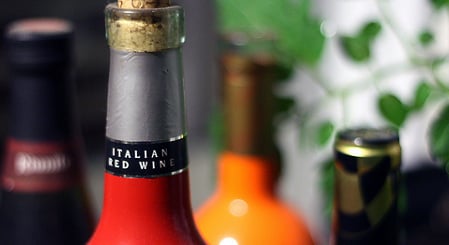 The United States is the biggest consumer, drinking some 31,000 hectolitres – 13 percent of the global intake – followed by France.

But when it comes to wine production, Italy saw a decline of 17 percent last year after significant harvests in 2013.

France remained the biggest producer of wine in the world, pumping out 47 million hectolitres last year. It also made the most from selling wine abroad, raking in more than €7.7 billion euros ($8.4 billion).

Spain still reigns when it comes to having the largest amount of land – at 1.02 million hectares – devoted to wine, although China, with 799,000 hectares, has taken second place, pushing France into third place.

China has rapidly emerged as a major player in viniculture, accounting for 11 percent of the territory given over to vineyards last year, up from four percent in 2000.

The biggest importers of wine were Germany, the United Kingdom and the US – with total global trade valued at €26 billion.