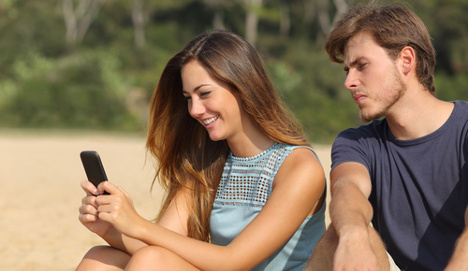 Italy’s Court of Cassation on Thursday overturned the acquittal of a Sicilian man for mistreating his wife.

The husband, who is from Sicily, allegedly suffered from “morbid jealousy”, also known as “delusional jealousy”, a psychological disorder in which a person wrongly believes their spouse or sexual partner is being unfaithful without having any real proof to back up their claim.

His jealous behaviour included constantly accusing his wife of being unfaithful, reading her text messages and even demanding that their daughter get a DNA test.

According to the Italian daily Il Fatto Quotidiano, his behaviour was so extreme that his wife even quit her job as a flight attendant because he said the job was “not suited to a respectable woman”.

In May 2014 an appeal’s court in Palermo, Sicily, acquitted the man of mistreating his wife.

But on Thursday Italy’s highest court overturned the acquittal, stating that such behaviour amounted to “psychological harassment”, a crime punishable by law.

His behaviour caused “significant imitations and constraints in her daily life and choices, as well as an intolerable state of anxiety,” according to the court.

The case has now been reopened and the woman’s claims will be evaluated in another hearing, the paper said.