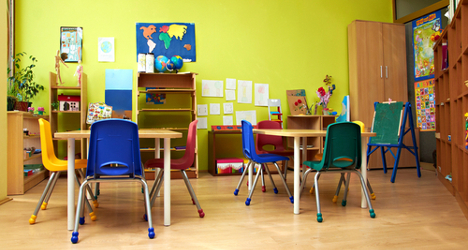 The 26-year-old Italian left his daughter at home on Thursday afternoon and went to the nursery school in Treviso, where he attacked the girl’s female teacher, Corriere della Sera reported.

The teacher was taken to hospital with bruising to her face, while it is unclear whether the father was arrested over the assault.

He reportedly attacked the woman over rumours that teachers had been sexually abusing pupils between the ages of three and five.

As many as six complaints have been lodged by parents with police, to which teachers have responded by telling authorities they have been victims of slander.

The abuse accusations centre on responses by children when questioned by their parents, with the toddlers reportedly saying they were touched while in the school bathrooms.

Although some parents have supported the teachers, others have chosen to leave their children at home and announced a sit-in protest at the nursery.

Following the attack, Mayor Giovanni Manildo promised a thorough investigation. “We are thinking of the well-being of the children.

“I have received the greatest reassurance from the headteacher that the affair will receive the maximum attention,” he was quoted as saying. A police source urged caution while the investigation continues.