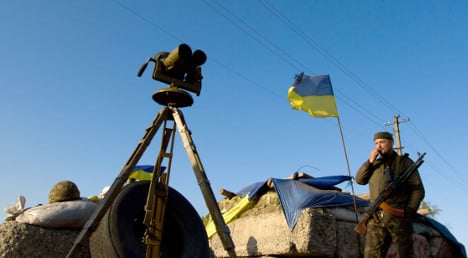 The poll carried out by the Pew Research Centre found that the Italians, just like the Germans and French, are against using military force in the event of a Russian attack on a Nato ally, namely Ukraine.

Some 51 percent of the Italian public are opposed to military intervention if “Russia got into a serious military conflict with one of its neighbouring countries that is our Nato ally”.

That compares to 58 percent of those polled in Germany and 53 percent in France.

Those views are despite Article 5 of the North Atlantic Treaty stating that Nato members are required to defend an ally with armed intervention if required.

But if hostilities in eastern Ukraine, which have renewed in recent days, did escalate into an all-out attack by Russian forces, the Italians, like most European members of Nato, would expect the US to step in.

Some 66 percent of Italian people think “the US would use military force to defend that country”. The percentage was similar among the Germans (68), British (66), French (65) and Spanish (70) who were polled.

Italian people are also against sending economic aid to Ukraine, with just 44 percent of those polled saying that western countries should provide support, compared to 77 percent in both Poland and Spain, 71 percent in Germany and 67 percent in France.

They're also not too keen on Ukraine joining the EU, with 37 percent opposed to the idea, while only 35 percent think the country should become a fully-fledged member of Nato.