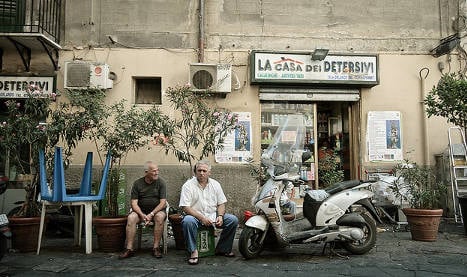 Monocle's Quality of Life survey ranks cities around the globe according to how 'liveable' they are, based on a complex set of metrics that uses both scientific and subjective data.

Factors taken into consideration when drawing up the list include: climate, architecture, crime rate, environmental issues, food and drink, business and design.

It is therefore strange that so many of the cities on the list were grey, ugly, northern European cities with expensive coffee and cold weather.

Yes. Italy does have some well documented problems with the economy, organized crime and corruption.

But anyone who has ever eaten a pizza in a sun drenched, Renaissance piazza in Italy will tell you – life is good here.

In protest, we have prepared a short list of our own, identifying the Italian cities we believe are the worthy of a place on the list.

Our data is perhaps more subjective than scientific, but that's no matter. Sit back, relax and let The Local be your guide, as we take you on a tour of Italy's most liveable cities. You might just be surprised…

There's more to Turin than factories and smog. Historically the home of Fiat, whose factories have long since closed, today Turin is a bustling and beautiful metropolis at the foot of the Alps.

The city has had to work hard to shake off its industrial reputation and is in the grip of an artistic and economic renaissance that began in 2006, when the city hosted the Winter Olympics.

Turin is jam-packed with open piazzas and baroque architecture. It is an international hotspot for electronic music and wine, which, when taken together, make for an irresistible combination.

The city's cinema and Egyptian museum are among the world's most visited – and unlike other Italian cities the buses, trams and metro run like clockwork. Okay, okay…. almost like clockwork.

The social scene is vibrant and varied, while the cost of living is much lower than other large Italian cities like Rome or Milan. Visitors arriving in the city via plane will see the green and mountainous island rising up out of the Mediterranean like a tropical paradise.

A tropical paradise? That's exactly how life in the city often feels, not least at weekends spent on the beach, sipping beer and eating coconut. Just don't mention the 'M'-word, refrain from Godfather jokes and don't ask too many questions.

This is easier than it sounds. The stunning beauty of the city's Arab-Norman architecture, it's sprawling markets and warm-hearted and animated inhabitants quickly evaporate pretensions.

Palermo deserves a place on the list in spite of its less savoury elements. Estimates state that the mafia costs Sicily €4 billion a year, and it would be fair to say that it is a city of contrasts.

However, the city remains unparalleled in beauty of its cultural heritage, it's heart-stopping gastronomy and for the ease with which you can strike up a friendship.

Non-existent buses and trains become less important when the offer of a lift, and dinner too, is always on the table. Fact: Florence has the most pieces of Unesco world heritage art per capita in the world.

You could live in Florence your entire life and still not see it all. What's more, the city contains an enlightened number of libraries (34), making the locals a culturally well-nourished bunch.

Not only are souls well fed in Florence – stomachs are too. The city has a huge number of restaurants, where you can eat yourself silly without breaking the bank.

When you're finished, the lush surroundings of the Tuscan hills provide the perfect place for residents to go and walk off all that steak Florentine. Ahh Rome. The Eternal City. Eternally overlooked by Monocle magazine that is!

The case for including Rome on its history alone is so obvious that it doesn't need to be made. We would say that what makes the city so special is that it hasn't become a museum – it is a huge and busting urban centre.

Living in the Italian capital brings you into contact with people from all ends of the earth: 8.6 million tourists visit Rome a year, each one bringing something unique to the city.

Outside of its excellent gastronomy, culture and climate, Rome is also one of the greenest cities in Europe. The city and its suburbs contain an environmentally-friendly 16,000 hectares of protected areas that boast a great wealth of biodiversity. Another underrated Italian jewel is Genoa – famous in Italy for being home to some allegedly tight-fisted locals. But don't let that old myth put you off.

Genoa is a large and bustling port that is as colourful as it is historic. It is a city of art galleries, shops and bars and is just a stone's throw from the beach.

In many ways quality of life is proportional to distance from the beach.

Genoa boasts a favourable Mediterranean climate, which is regulated by the sea breeze that guarantee mild winters and warm summers – easy living indeed.