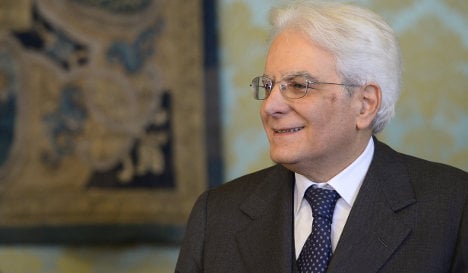 It might seem strange that it's even a crime to insult the president in Italy, giving the insults that are hurled between Italian politicians all the time.

Yet this has been the case since the 1930s, with many people being jailed as a consequence.

In October last year, journalist and former politician Francesco Storace was handed a six month jail term after he said Giorgio Napoletano, who stepped down as president in February after nine years, was “unworthy” of the role.

“It was ridiculous – all I said was a word about the president,” he told The Local.

But this could be about to change now that the Senate has agreed to scrap a jail term of up to five years for anyone convicted of being derogatory about the country's head of state, as stipulated by article 278 of the Italian penal code.

However, that doesn't mean you can totally get away with insulting the president: under the proposals, those caught doing so will still face a hefty fine of between €5,000 and €20,000, La Repubblica reported.

Meanwhile, prison time won't be completely eradicated: insults that make reference to a specific fact, such as wrongly attributing an event to the president, currently Sergio Mattarella, can still land you in jail for up to two years.

Storace, who was spared jail after going through an appeals process and ultimately being found not guilty, said that while the bill is a step forward, “it was not what we were hoping for”.

It was passed with 195 yes votes, 21 no votes and three absentees. It will now go to the second Chamber of Deputies for final approval.

In 2010 British artist Michel Dickinson fled from the country after being issued with a fine for placing the then Prime Minister Recep Erdoğan's head on a dog's body in his artwork.

And it's not just artists and journalists who get arrested either. Back in 2006, a 45-year-old Polish man was the subject of a national manhunt after he expressed his sentiments towards the president by farting loudly.

It may seem ridiculous but these old laws are slowly changing, or being totally eradicated in some places. The French parliament lifted its ban on insulting the president in 2013.