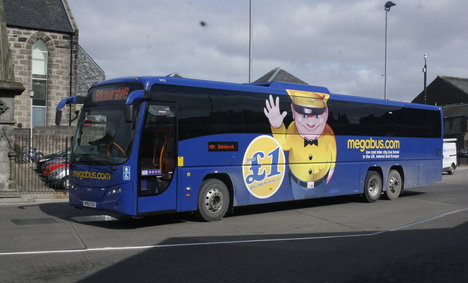 Starting from June 24th, the service will connect 13 cities on mainland Italy, stopping at 150 different destinations across the peninsular including Venice, Milan, Turin, Genoa, Florence, Rome and Naples.

The fares on offer are temptingly low and a good deal lower than the company's European average of €15, so the service is sure to be popular among students and backpackers.

Just don't expect to go anywhere fast: a €1 journey from Milan to Naples might sound tempting, but the 775km (480-mile) trip takes a mind-numbing 12 hours and 45 minutes.

Mercifully, each coach is fitted out with Wi-Fi and air-conditioning, as well as plugs for charging laptops and phones – which will no doubt come in handy given the journey times. The company's new Italian fleet comprises 23 coaches, each containing 87 seats.

In spite of its long journey times, the British company has come a long way since it was founded in 2003. Last year, it transported more than 15 million passengers across Europe and the USA and has an international fleet of over 400 coaches.

This has led to some, perhaps unfavourable, comparisons with the Irish low-cost airline, Ryanair – not least because of their matching colour schemes.

Speaking at a press conference on Tuesday, Edward Hodgson, the company's managing director, told journalists that the only way to buy tickets at present was through the Megabus website, but that in future tickets would also be available from stations in Milan, Turin, Genoa, Florence, Rome and Naples.

The company will not be offering any international routes to and from Italy as yet, but does run services between major destinations across Europe, including Amsterdam, London and Barcelona.