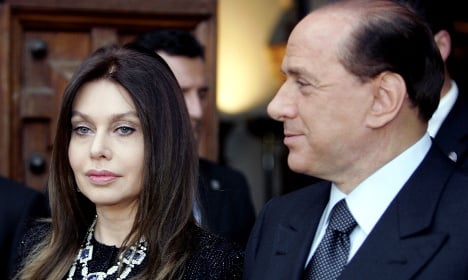 Veronica Lario, 58, was married to the billionaire media magnate and politician for nearly 25 years before officially divorcing him in 2014.

She was initially awarded an allowance of €3 million per month but Berlusconi, 78, appealed the amount.

On Tuesday, a court in Monza near Milan confirmed he would only have to pay her half, or 1.4 million euros.

The two separated in 2009 after Berlusconi was embroiled in a scandal following his participation in the birthday party of 18-year-old Noemi Letizia.

At the time of the separation, Lario told the press that she “could not stay with a man who associates with minors”.

After being convicted in 2013, Berlusconi was cleared of all charges earlier this year.