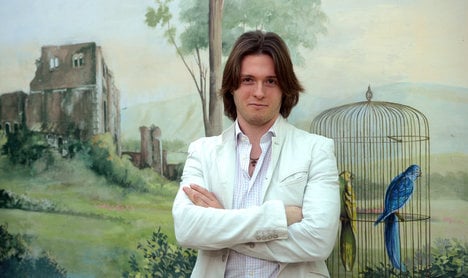 Sollecito, a computer scientist from Giovinazzo in Puglia, was accused of murdering British student Meredith Kercher with his then girlfriend Amanda Knox in November 2007. However, on March 27th he was absolved by the Court of Appeal in Italy.

The verdict this March brought an end to an eight year legal drama: both Sollecito and Knox had spent four years in prison before being acquitted once in 2011.

Two years later, Italy's Court of Cassation found the first acquittal to be flawed and ordered a retrial in 2013. Now a free man, Sollecito is trying to put his life back together with his new business.

The company will be based in his hometown of Giovinazzo and will be looking to hire staff. Sollecito's father Francesco told Corriere del Mezzogiorno that in order to get started, Raffaele was redeveloping a property that he had inherited from his mother.

“He received a local government grant of €100,000,” said Francesco. “ I'm pleased that now that he's a grown man he has decided to take control of his life.”

Sollecito completed his undergraduate degree in Computer Science at the University of Perugia in 2008 while in prison. He subsequently completed a masters degree at the university of Verona and wrote a thesis in which he analysed social media streams related to his own case.

For the moment Sollecito is in the northern province of Lombardy writing a new book about his story. His latest book comes after “Honor Bound: my journey to hell and back with Amanda Knox”, which was written with journalist Andrew Gumbel and released in 2012.

Sollecito's 2012 book is the subject of an ongoing libel trial due to claims it made about Perugian Judicial officials.