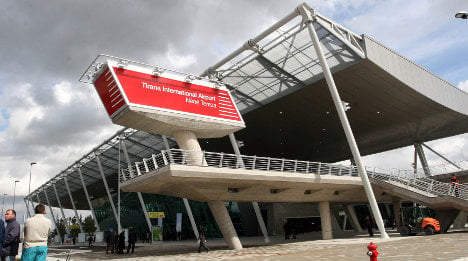 The man was flown from Milan to Albania's Tirana airport. Photo: Gent Shkullaku/AFP

The man, named by Ansa as Alban Elezi, was arrested in March and sent back to his home country of Albania by the Brescia prefecture on Monday.

Elezi had been in jail since his arrest but was released on Friday after a court ruled there was insufficient evidence against him.

He was flown from Milan to Tirana, the Albanian capital, on a commercial flight. Elezi is forbidden from re-entering Schengen territory for the next five years.

The expulsion follows the arrest last week of a Moroccan man in Pisa, on suspicion of spreading jihadist propaganda and inciting terrorism.

In February, Italy's cabinet approved a slew of anti-terrorism measures, including jail terms of up to six years, for “foreign fighters” as well as those who recruit would-be jihadists.