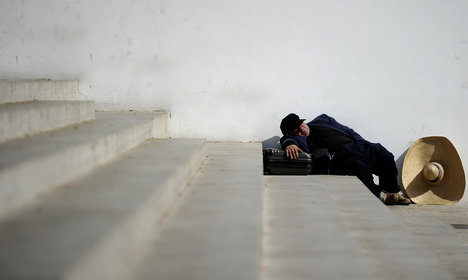 The town's mayor, Nicola Pastore, has become so irate with canine disturbances during the official afternoon nap that he has decided to ban them.

Thanks to a new mayoral ordinance issued on Tuesday, dog owner's now face fines of between €20 and €500 if their dogs bark during the hours of the riposo, the Italian afternoon nap.

Not only must pet owners ensure that their dogs do not make any noise between 2pm and 4pm but they must also keep them quiet overnight, Il Mattino reported.

The Italian riposo is a short nap taken after the midday meal, similar to the Spanish siesta. It is popular in southern Italy, and indeed much of the Mediterranean thanks to the drowsiness brought on by a combination of heat and calorie-rich lunches that are often accompanied with wine.

But the measure was not just about protecting citizens in a post-pasta slumber – it also aims to crack down on other offensive canine behaviour, and improve the welfare of the town's dogs.

In a move similar to one seen in Piacenza last week, owners will also face fines for not rinsing their dog pee from the pavement, while their pets must also not be left alone in public spaces.

Dogs who are tied up are now required to have chains at least five meters long and access to food and water. Perhaps this will be enough to convince them to quit their barking and enjoy an afternoon nap too.