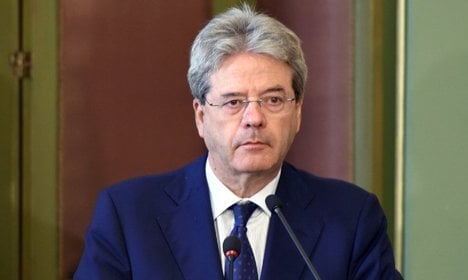 Gentiloni had announced the visit and the dates in a tweet on July 17, but it remained unconfirmed until Friday “for security reasons,” the ministry said.

His trip follows a similar visit by German Economy Minister and Vice Chancellor Sigmar Gabriel, the first senior Western official to visit Iran since the deal was struck.

Austrian President Heinz Fischer in September will make the first visit to Iran by a European head of state since 2004, his office said on Thursday.

That visit will take place from September 7th to 9th.

On Monday, the UN Security Council unanimously endorsed the historic deal, which restricts Iran's nuclear programme and clears a path towards lifting sanctions against its economy.

The accord has been touted as an opening for greater contact between Iran and the leading nations in other areas, especially on tackling the Islamic State group in Iraq and Syria.