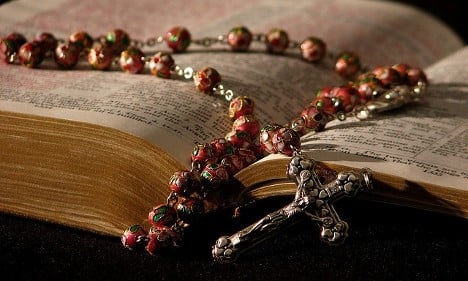 Father Luciano Venturi has suspended all parish activity after rumours he got a member of his congregation pregnant. Photo: Roger Smith

Father Luciano Venturi, a 50-year-old parish priest in Monteobizzo di Pavullo, in the province of Modena, had endured the claims for over a year – but on Sunday he took decisive action, Gazzetta di Modena reported.

As the Sunday morning service was about to start, Venturi approached the pulpit, flanked by the parishioner he allegedly impregnated, her husband and their three young children.

Venturi then delivered a short homily on the subject of his supposed affair with the woman, addressing his congregation while reading a statement.

“I am not the father of that child,” Venturi told his flock.

“This is slander and I have asked my lawyers to defend the child, his family and my rights as a priest.”

He then announced that in order to stop further rumours from circulating all parish activity except for mass would be suspended.

Even the youth football group, run by the priest, has been suspended in a bid to stamp out the gossip, which Venturi views as being harmful not only to his reputation, but also to the well-being of the family affected.