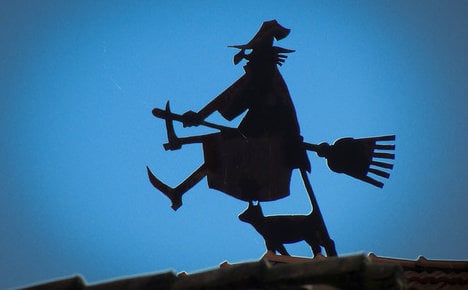 The Italian town of Brentonico is asking the court of appeal to re-try a woman executed for witchcraft 300 years ago. Photo: Matteo Garza/Flickr

She was also convicted of adultery, sodomy and strangely, tossing a five-year-old child into a vat of boiling cheese, Ansa news reported.

On March 14th 1716 she was publicly beheaded by an executioner in front of a baying mob. For his part, the executioner received the princely sum of 75 German florins. After her death, her corpse was burnt by the hysterical locals – and the case was forgotten.

But some papers pertaining to the trial were recently found, including the closing statement of the woman's defence lawyer, Giovanni Battista del Pozzo. In his statement, Pozzo lamented the lack of any real evidence against his client – who had been the innocent victim of a witch-hunt.

Now, Brentonico council is asking Italy's court of appeal to re-open the case to serve justice. They claim Toldini was the victim of “folkloric excesses” which ultimately led to her condemnation and execution.

“We want to render justice and historical truth,” the mayor of Brentonico, Christian Perenzoni, told Ansa news, “and give the condemned woman back her ethical, moral and civil dignity.”

Should Italy's court of appeal agree to a re-trial, the evidence presented will revolve around surviving historical documents as well as the opinion of scholars who will explain the prevailing attitudes towards witchcraft in the 1800s.

Scholars estimate that in the early-modern period some 40,000 to 60,000 people were put to death across Europe amid a moral panic created by the Catholic Church.