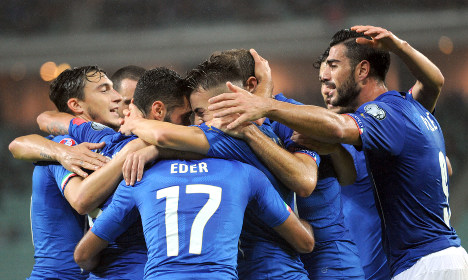 The Italian players celebrate a goal against Azerbaijan in Baku. Photo: Vano Shlamov/AFP

Sampdoria striker Eder opened Italy's account inside the quarter hour and although Azerbaijan levelled through Dmitri Nazarov on the half hour, Monaco forward Stephan El Shaarawy restored Italy's advantage just before half time.

Italy were rarely troubled in the remainder of the game and might have added a further goal had Badavi Huseynov not hauled second-half substitute Sebastian Giovinco off the ball as the Toronto striker was in a scoring position.

Huseynov saw red, leaving Azerbaijan with 10 men for the final two minutes but the match was already beyond all doubt.

Italy, beaten finalists at Euro 2012, remain top of Group H on 21 points from nine qualifiers, two ahead of Norway ahead of the sides' clash in Rome on Tuesday. 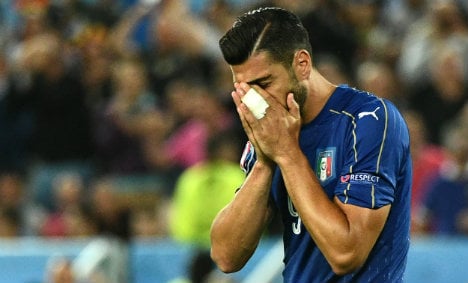 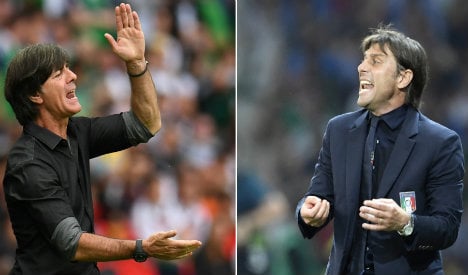