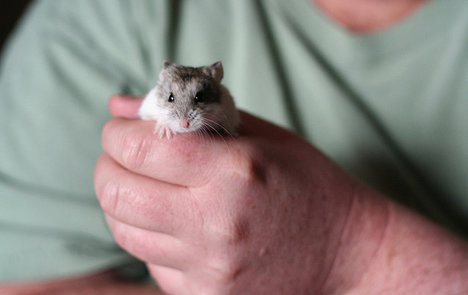 A man has been charged with animal cruelty after decapitating his girlfriend's pet hamster with his bare hands during an argument. Photo: Miss Sharl/Flickr

The alleged incident happened when the pair were arguing in front of the cage where the girlfriend kept her two pet hamsters, Il Resto del Carlino reported.

The man became so furious that he suddenly reached into the cage, grabbed one of the hamsters and tore its head off.

According to reports, the angry boyfriend then took the cage – containing one lifeless body and one terrified hamster – and ran down to the nearby beach, where he proceeded to bury the decapitated hamster in the sand.

The girlfriend pursued him to the beach and was screaming as the he threatened to do the same to the other hamster.

Fortunately, her screams attracted the attention of two patrons in a nearby bar, who came to her aid and restrained the man before he could get his hands on hamster number two.

The police were called and the man was charged with animal cruelty. The traumatized creature was then handed over to an animal shelter in Rimini.

“Unfortunately we get calls about people harming pets during domestic arguments every day,” a spokesperson for animal rights group, Animalisti Italiani, told the Local.

“Usually it's cats and dogs, and I've never heard it happening to a hamster. Sadly, Italy's laws against cruelty to animals are not the strongest and in the past people have escaped unpunished for similar things.”