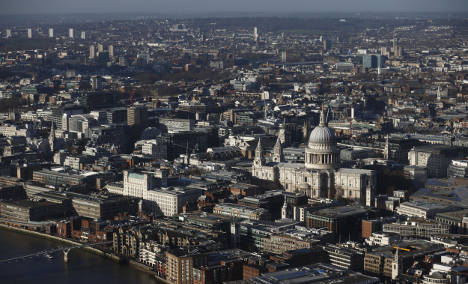 Italy, the fourth largest economy in Europe and the ninth largest in the world, was one of the worst-hit during the financial crisis.

But as established companies suffered, a large band of risk-taking young Italians saw it as an opportunity to carve a niche for themselves.

So much so, as Italy grappled with its longest recession since the Second World War, the number of startups registered in the country has sprouted to more than 4,000 in the last few years.

But while great ideas might be born in Italy, many young entrepreneurs are fleeing to the more nurturing hub of London so that those ideas can be developed and monetized.

“We need to advance quickly to keep these brains in the country, and get some of those who have left to return,” Michela Montevecchi, a senator from the Five Star Movement party and secretary for a government commission on education, culture and scientific research, said during a startup event hosted by the British Embassy and the Inter-Parliamentary Union in Rome on Tuesday.

But Montevecchi concedes that while much has been done to simplify the administration involved in creating a startup, Italy faces a lot of challenges when it comes to retaining talent.

“One of those challenges is overcoming the digital divide,” she said.

“We’ve made progress but still need to work on providing better broadband access as well as offering free access.”

On the sidelines of the event, Montevecchi told The Local that while more needs to be done to promote crowdfunding and developing co-working spaces, Italy also has to overcome the bigger, structural challenge of widespread corruption so that startups can be fostered.

“We need to work on bigger structural reforms – investors need to be assured that standards are in place,” she said.

London is home to over 47,000 startups, many of which were initially set up in Italy.

Gianmarco Troia, from Catania in Sicily, and a group of friends established Quince, a company that develops software for the life sciences sector, while studying at the University of Palermo in 2007.

But by 2010, three years after the onset of the financial crisis, the company was fighting for survival.

“We realized we were going to die as a software company and so our only choice was to consider foreign markets,” Troia said.

“We looked at Germany and Holland, but eventually decided on London.”

Troia said that his main motivation for going abroad was so that his staff could keep their jobs. The company has since flourished thanks to being brought closer to investors as well as being exposed to a broader base of international clients.

But the bulk of the company’s staff has remained in Palermo.

“We have 15 employees in Palermo, and five in London,” he said.

“So we continue to operate in Italy and have an Italian identity.”

Even though Troia has managed to keep the company on home shores, he said another challenge for Italy is maintaining a pace with an industry that’s forever changing.

Investors are feeling optimistic about Italy’s startup scene – this year has seen an 11 percent rise in investment in high-tech firms on 2014, according to a study published last week.

The government has made life easier for startup entrepreneurs by passing a number of business friendly reforms over the past few years, but it needs to pick up the speed, Troia said.

“Things change quickly, we can’t lag behind, we need to provide the tools so that we can reach our potential.”