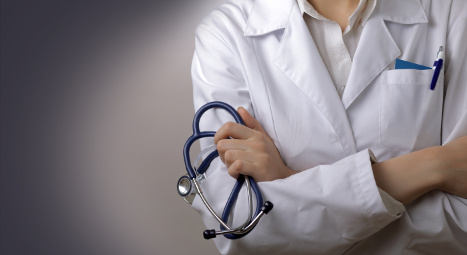 An Italian urologist has been suspended from practising in the UK after twice failing an English language test. Photo: Shutterstock

Doctor Alessandro Teppa, 45, is one of the first medics in the UK to be hit with disciplinary action over language skills after changes to rules on standards of English were extended to EU doctors last year.

The doctor, who qualified in Italy in 1998 and was granted a licence to practise in the UK in 2012, has been suspended for nine months, after the Medical Practitioners Tribunal Service (MPTS) ruled that his poor English posed a risk to patients.

Doctor Teppa, from Brescia, failed to achieve the minimum score of 7.5 in listening, writing and speaking when he took the English language test last November and again in February.

He will spend the next nine months taking English lessons before facing a hearing at the end of the ban to see if there's been any improvement.

Niall Dickson, chief executive of the General Medical Council (GMC), the UK medical regulator, told the BBC: “This doctor should not be able to practise in the UK again until he can demonstrate he is able to communicate effectively.”