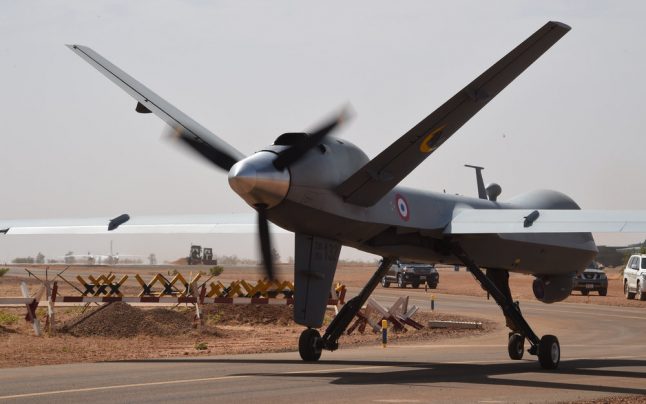 Italy has received US permission to arm two of its Reaper MQ 9A drones. Photo: Dominique Faget/AFP

The move will make Italy the first country after the US and UK to fly armed drones, a move which the American government stated was in US strategic interest, TG 24 reported.

“It will help out our Nato allies and make an important contribution to out foreign policy,” a spokesperson for the US State Department said, referring to Italy as a “capable ally.”

The move will see two of Italy's six Reaper MQ-9A drones given a €15.6 million upgrade which will allow them to carry air-to-surface missiles, such as the 45kg Hellfire II.

It is thought that the American government has sanctioned the sale in order to ease the burden on its own armed forces in the Middle East.

Italy first requested permission to fly armed drones in 2011, but only now has the sale of the technology needed to arm them been sanctioned.

Until now, Italy's drones have only been used for surveillance missions in Iraq and Afghanistan. More recently the drones have been deployed in a surveillance role as part of the Eunavformed operation against migrant traffickers in the Mediterranean.

Commentators have suggested that by sanctioning the sale of armed drone technology to Italy, the US is ready to approve future sales to other countries including Nato member states as well as Russia and China.

US Congress now has 15 days to block the move – something that is said to be unlikely.