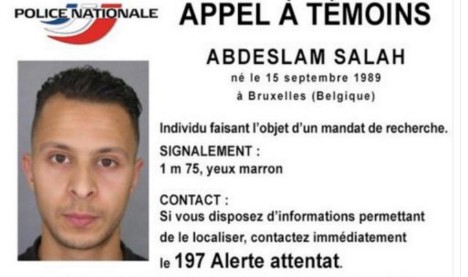 An international manhunt was launched on Sunday for 26-year-old Salah Abdelslam, one of three brothers thought to be involved in the Friday attacks that claimed at least 129 lives.

Abdelslam went on the run following the attacks on Friday, the only gunman known to have escaped. It was initially thought that he could have headed to Belgium, but border countries Italy, Spain and Germany have been warned that he could seek refuge in either three, Rai news reported.

French police released a photo of the suspect they were looking for inconnection with the attacks, describing him as a “dangerous individual”.

One of his brother’s is currently in police custody in Belgium, while another brother is thought to have blown himself up outside a cafe on the bustling Boulevard Voltaire, sources said.

Although there was no specific intelligence suggesting that Abdelslam had connections in Italy, it was considered one of several possible destinations.

French police carried out dozens of pre-dawnraids on suspected Islamists Monday, focussing particularly on the Lyon area where they made five arrests and seized “an arsenal” of weapons, police sources said.