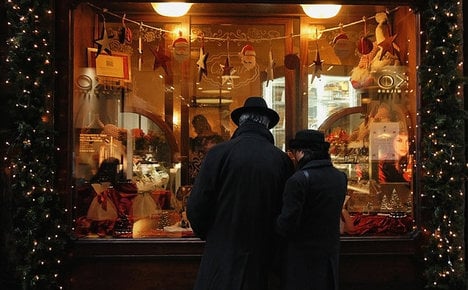 The study predicts that Italian shoppers will this year spend €10 billion on Christmas gifts – a five percent rise on last year.

The retailers' association said that the figures meant each Italian will spend an average of €116 on gifts as they have more disposable income.

“Money has been a bit easier this year so I'll probably spend more than I have in the last few years,” shopper Rossella Mancini told The Local.

“I always love to spend a lot on my family because to me Christmas is made more special by giving.”

Alice Pacelli, another shopper, also said she might spend a “little more” on gifts this year.

“I love Christmas shopping because it means that the day is getting close, and Christmas is the best time of year,” she added.

The spending up-tick might well enable Italy to reach its GDP growth target of 0.9 percent for the year, despite Economy Minister Pier Carlo Padoan suggesting earlier this week that the recent Paris attacks could compromise economic growth for the final quarter.

But Marino Bella, president of Confcommercio, said the attacks would have no bearing on Italians' Christmas shopping.

“Based on this data we see, the attacks aren't affecting spending,” Ansa reported Bella as saying.

“The west has the antibodies it needs to react to these events without disrupting macroeconomic trends.”

According to the study, 86 percent of all Italians will buy a gift for someone this year even though 47.5 percent of those said they loathe Christmas shopping.

And if you feel like you're behind with gift buying, don't panic: an estimated 37 percent of Italy's shoppers will leave everything until the last minute.