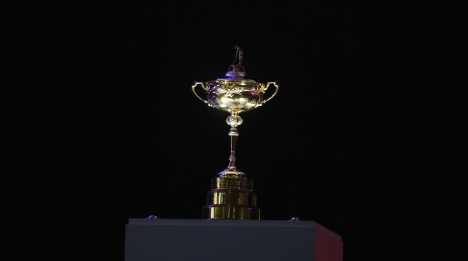 Rome is to host the Ryder Cup for the first time in 2022. Photo: Andrew Redington/Getty Images North America/AFP

The Marco Simone Golf and Country Club, which is 17 kilometres from the centre of Rome, will be the third venue on continental Europe to host the biennial clash opposing professional teams from Europe and the United States.

The others are Valderrama in Spain, which was the venie in 1997 and the Le Golf National in Versailles, which will be the venue in 2018.

Four nations – Austria, Germany, Italy and Spain – had been competing for the right to stage the 2022 edition.

But after inspecting all four sites in recent months, organisers finally plumped for Rome, whose venue is only 17km from the centre of the 'Eternal City'.

From the 17th tee, players and fans alike can spot the dome of Saint Peter's Basilica on a clear day, although the venue's various transport links to the capital and its thousands of hotels were a key factor in the final decision, as well as Italy's pledge to use their staging of the tournament to further develop the sport throughout the country.

“We are a country of 60 million people and we have only 100,000 golfers, so the potential is huge,” Durante told AFP in an interview last month.

Founded by and still owned by celebrated fashion designer Laura Biagiotti and her family, the Marco Simone Club hosted the Italian Open in 1994.

The statement added: “The Italian bid was consistently strong across all the areas evaluated and in particular in their pledge to undertake a complete reconstruction of the golf course at Marco Simone to the highest standards demanded by Ryder Cup Europe, in addition to a hugely significant commitment to the Italian Open in terms of guaranteeing a €7 million prize fund for the championship for 11 years, beginning in 2017.”

Next year's tournament will be held in Hazeltine National in Minnesota, while France will host the 2018 event and Whistling Straits in Wisconsin hosts the 2020 Ryder Cup, two years before it returns to the old continent.