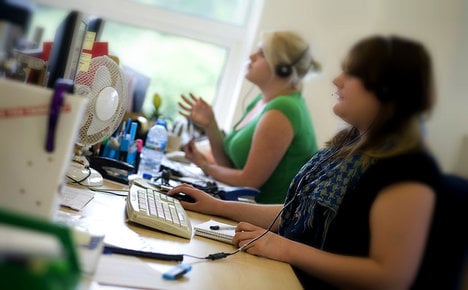 The incessant talking led to vocal problems, which the woman first told her employer about in 2011, Il Messaggero reported.

But the call centre did not take action and she was deemed fit enough to carry on working.

She continued speaking on the phone for up to five hours each workday until she eventually suffered irreversible vocal damage.

The woman has now filed a civil lawsuit, accusing her previous employer of personal injury through negligence.

She maintains that the centre took no action to remedy the problem, made clear by the fact that the company's risk assessment forms did not even consider vocal damage as a workplace hazard.

The case will be heard in February 2017 and will likely bring more bad press for Italian call centres, which are infamous for their poor conditions and low pay.

Some 80,000 people are employed in call centres across the country, and they are often one of the few employment options for highly qualified Italian graduates who make up 20 percent of all workers.