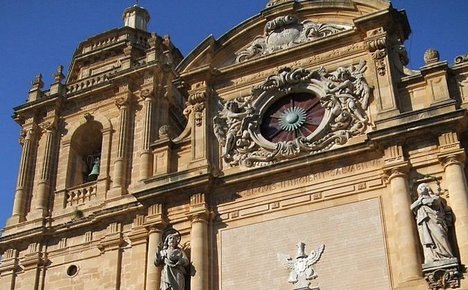 Bishop Domenico Mogavero, who oversees the siocese of Mazara Del Vallo near Trapani, was questioned on Thursday as part of an investigation into the illegal use of diocese funds between 2010 and 2011, Corriere della Sera reported.

Italy's financial police are investigating how €180,000 of Curia funds found their way into his personal account.

Also implicated in the probe is the ex-economist of the diocese, Father Franco Caruso, who allegedly squandered €250,000 of church money destined for charitable projects.

It has been alleged that some of the missing money was given to another local priest, Father Vito Caradonna, who Mogavero suspended in 2011 after the priest was sentenced to two years in jail for attempting to sexually assault another man.

Caruso was eventually removed from his position as economist by Mogavero in 2014.

Speaking to reporters from Corriere on Thursday, Mogavero's lawyer, Stefano Pellegrino, maintained his client – an outspoken critic of the corrupt government of ex-Prime Minister Silvio Berlusconi – was innocent.

Pellegrino said that the investigation had been launched at the behest of the bishop.

“Father Mogavero has clarified his position in an interview with police today,” Pellegrino said.

“On discovering irregular activity on the diocese accounts he asked his economic advisers to look matters, before reporting them to the police personally.”