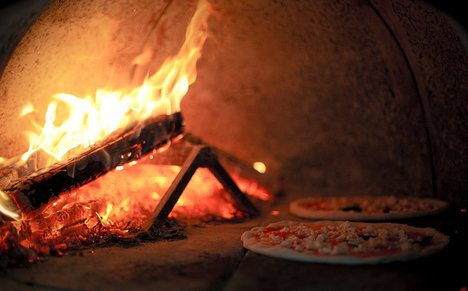 San Vitaliano, a town of 6,000 inhabitants north of Naples, has one of the highest rates of air pollution in Italy. Last year residents spent a whopping 114 days breathing air that contained levels of polluting particulates above safe levels.

To put that into perspective, the citizens of Milan, Lombardy's industrial capital, spent 86 days breathing unsafe air. So what's polluting San Vitaliano? A new ordinance from the mayor's office blames its innumerable pizzerias.

Convinced that the traditional wood-burning pizza stoves are clogging up the lungs of his citizens, Mayor Antonio Falcone has decided to outlaw them as a precautionary measure.

“As of today, in spite of several tests carried out by the environment agency, Arpac, we are still unsure of the cause of the pollution,” wrote the mayor. “But the situation has got worse during the winter and we need to take maximum precautions to ensure the problem doesn't deteriorate.

“Agricultural, artisanal, industrial and commercial producers are hereby forbidden from burning solid biomass such as wood, woodchips, coal and charcoal. The only exceptions are for those which have filter systems in place that will guarantee the elimination of 80 percent of all polluting Pm10 particulates.”

The new legislation came into force on December 17th and will apply until June 30th next year. The measures will cease to be active over the summer months but will come into force again in October 2016.

The move will cause the town's many pizzerias and artisanal bakeries to change their fuel sources or install costly filters to reduce pollution – a fact which has angered local business owners.

“We make about 34 pizzas a day, how do they think we are responsible for the pollution problems around here?”