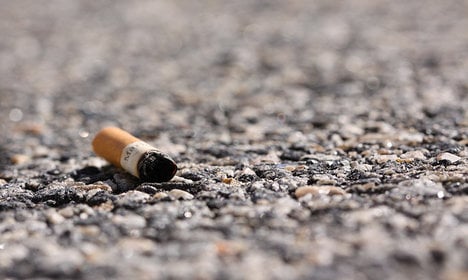 Smokers will be fined up to €300 for throwing their cigarette buts on the ground.

And it's not just smokers who are being targeted either. Those caught engaging in equally mindless but unfortunately no less common littering activities will also face fines.

Both inconsiderate chewers who spit their gum onto Italian streets and coffee drinkers who scrunch up their receipts and throw them on the floor will be fined between €30 and €150.

The legislation states that fines will hit people found throwing “small pieces of litter any place that isn't a bin: including the gutter, floor, and water”.

The new initiative is part of a raft of new legislation comprising 79 separate clauses. The aim is to alleviate litter and pollution problems across the country, reduce Italy's dependency on fossil fuels and promote sustainable development.

But it's not just citizens who need to make changes.

The new legislation means councils will have to ensure that Italy's streets and parks are fitted out with a sufficient number of ashtrays and bins.

The new measures will also see the government invest €35 million to combat the problems of smog choking the life out of Italy's biggest cities.

Much of the money will go towards providing free public transport and expanding existing city-bike and carpooling schemes – programmes already well underway in the northern Italian cities of Milan and Turin, where air pollution problems have reached a dangerous all-time high.

The measures passed on Tuesday with 169 of Italy's MPs voting in favor, 32 against and 11 abstaining.

Speaking after the vote, Italian Environment Minister, Luca Galetti, hailed the new legislation as “an important step in reaching the [Cop 21] Paris agreement and establishing a sustainable economy.”