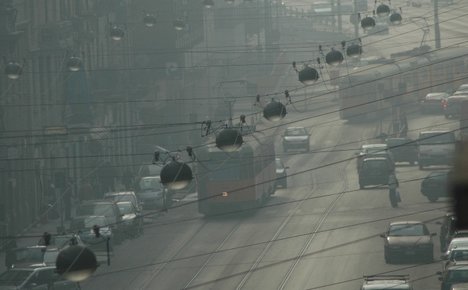 Italy's northern city of Milan is limiting traffic over the next three days to combat smog choking the city. Photo: Andrea Squatrito/Flickr

No cars, motorcycles or scooters will be allowed on the streets of the city of 1.3 million inhabitants from 10:00am to 4:00pm during the three days.

Some 200 police officers are being deployed to monitor the initiative, with drivers caught flouting the ban facing fines of up to €663, La Stampa reported.

A special “anti-smog” ticket will allow people get around the city, which was named Europe's most polluted in 2008, on public transport all day for €1.50.

A lack of rainfall has led pollution levels to climb in recent weeks.

That has prompted the administration of the Lombardy region, of which Milan is the capital, to appeal to localities to cancel traditional New Year fireworks displays to prevent the smog worsening.

Rome, which has on several occasions limited traffic, hopes that with schools on holiday that smog will decline over the coming days. Authorities in the capital also announced a two-day traffic ban last week, only to then back track on the decision.