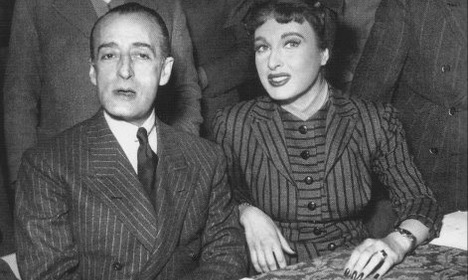 Pampanini, who had been hospitalised since October according to Corriere della Sera, starred in over 50 films during her 1950s heyday.

She came to prominence as a Miss Italy contestant in 1946 (her failure to win caused a tabloid outcry) and went on to work with a long list of famous film figures, including Buster Keaton, Marcello Mastroianni, Alberto Sordi, Toto and Jean Gabin.

With her voluptuous, wide-eyed looks, Nini Pampan, as she was nicknamed in France, became a symbol of Italian beauty around the world.

The brunette was seen as having paved the way for fellow screen sirens Sophia Loren and Gina Lollobrigida.

Pampanini never married but was reported to have sparked the romantic ardour of a string of famous men, from Cuban leader Fidel Castro and Egypt's King Farouk I to Orson Welles and Omar Sharif.

Described as both a devout Catholic and a lifelong diva, she worked only occasionally after giving up full-time acting to look after her elderly parents in the mid-1960s.