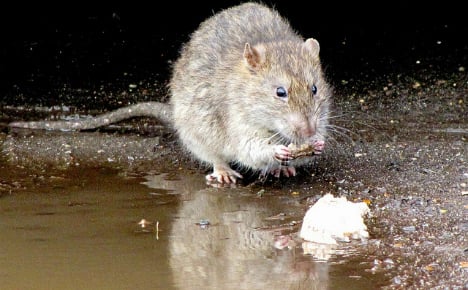 But despite an expensive clean-up in 2013, the rat population has swelled in parts of Rome, outnumbering the human population by two to one.

The epidemic has become so bad in recent months, thanks to a mild winter alongside rubbish-strewn streets in parts of the capital, that residents are calling it an “invasion”.

Authorities are now hoping to crackdown on the vermin with a range of measures, including fining anyone caught dumping their food waste on the streets and targetting rat hubs such as schools and restaurants, Il Messaggero reported.

A commission headed by Rome's interim mayor, Francesco Paolo Tronca, has declared the existing anti-rat measures “ineffective” and will meet on Thursday afternoon to mull the proposals.

The aim is to create a preventative plan rather than an “episodic one” to what has been dubbed by Italian media as Rome’s “rat emergency”.

Rubbish, particularly food waste, is a feast for rodents. To raise awareness of the crisis, the citizen's protection organization, Assotutela, published a video showing dozens of rats “invading” the area near St Peter's, rummaging in bins for food.

READ MORE:  Rome's rat epidemic will creep you out

In recent years, the council has worked with waste collection companies to eliminate rats in certain oreas of the city, but only when citizens have reported the problem. Some 1,700 interventions were made in this way between April and December 2015, but the commission has described this tactic as ineffective because it does not target the problem in the city as a whole, and the rats continue to thrive.