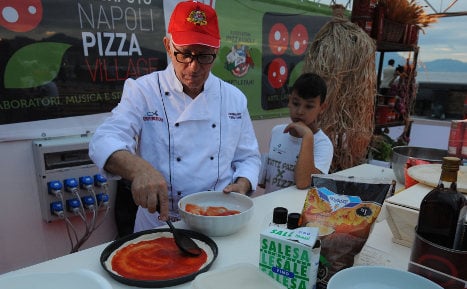 The plan to get “the art of the Neopolitian pizza maker” protected has been mooted for some time, but the Italian National Commission for Unesco has now agreed on a proposal by the Ministry of Agriculture to endeavour to get the culinary skill listed because “it represents Italy in the world”.

“We continue to value ‘made in Italy’, especially after the success of Milan Expo last year,” Agriculture Minister Maurizio Martina told Ansa.

The dossier will now be sent to Unesco, where it will begin a long and complex negotiation process involving 200 countries before a decision is made in 2017.

Pierluigi Petrillo, the legal editor for the dossier, said the process would be especially challenging because, until now, “Unesco has never listed a cultural tradition linked to food production”.

The list “is composed of intangible heritage elements that concerned communities and states parties consider require urgent measures to keep them alive”, according to the Unesco website.

Naples has long been determined to maintain its reputation as the spiritual home of one of the world's favourite foods. Neapolitan pizza is characterised by its raised crust rendered golden by oven cooking, by the crispy yet tender consistency of its pastry, and by its acid tomato taste, along with aromas of oregano, garlic, basil and mozzarella.

The role of the pizza maker, or pizzaiolo, and the wood-fire oven are also determining characteristics of the Neapolitan pizza.

The base should be no more than 3 millimetres (about an eighth of an inch) thick and cooked for between 60 and 90 seconds in a stone oven with an oak-wood fire.

The Neapolitan pizza was invented in the southern Italian city between 1715 and 1725, with the world-famous Margherita variant first cooked up in 1889.

Tradition has it that Queen Margherita of Savoy asked one of Naples' famed pizzaiole to come up with a dish for the people.

The result, which provides the basis for most pizzas enjoyed around the world, represented the colours of recently unified Italy: green basil, white mozzarella and red tomatoes. 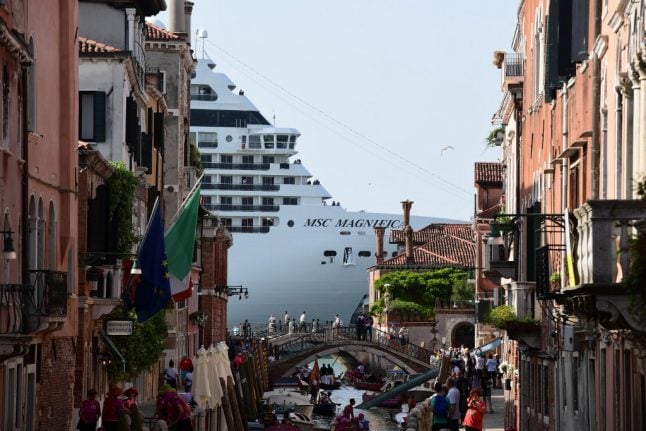 TRAVEL
First cruises since lockdown to sail from Italy this weekend
Url copied to clipboard!