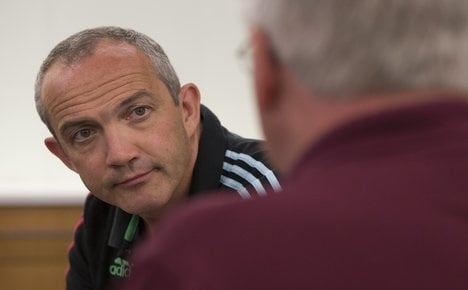 Coach of Harlequins since 2010, the 45-year-old O'Shea will join up with Italy when his contract with the London club expires at the end of this season.

“As I said when I announced that I would be leaving, I feel the end of this season is the right time for me to take on a new challenge and I am honoured, humbled and excited that I will be working with everyone in Italian Rugby to ensure they can achieve on the undoubted potential they have as a rugby nation,” said O'Shea.

“I spent many years in the 1990s playing against a great Italian side and I know there is the ability and will within this current group of players and the FIR to ensure that the current team can become the best Italian team in its history, but that is for another time.

“For me now there is a job to finish here at Harlequins and to ensure we finish this season as well as we can and see if we can add some more silverware to the trophy cabinet at this great club.”

O'Shea will be assisted by former England back Mike Catt, who will oversee the backline, and Stephen Aboud, former technical director at the Irish federation.

He faces a real challenge in Italy, with the team having leaked 29 tries in the recently-finished Six Nations in which they took home the wooden spoon after five straight defeats.

Italy have won just 12 out of 85 matches since becoming the 'sixth' nation in 2000, picking up the wooden spoon on six occasions, and this year saw repeated talk of introducing relegation to the tournament, notably after the showings of second-tier Georgia and Romania at last year's World Cup.

Under Brunel's four-year term, Italy won just four times and his reign finished with a dispiriting 67-14 hammering at the hands of Wales.