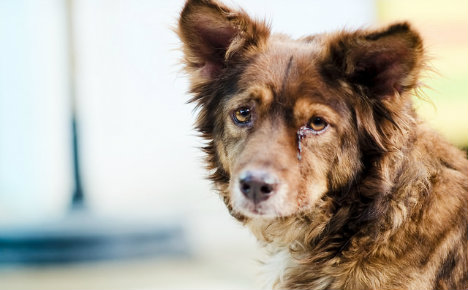 A man who killed his neighbours dog by feeding it walnuts has been handed a one year jail sentence. File photo: Luong Tong/Flickr

Arturo the dog died in 2010 after a few months of serious illness which baffled his vet.

After a series of attempts at diagnosis and treatments, the vet worked out that consuming nuts had caused intestinal lesions on the animal, and Arturo's owner, who lives in the village La Loggia close to Turin, pointed the finger at his neighbour.

The neighbour allegedly threw nuts down to Arturo from his balcony every time the dog was barking in the garden. Because Arturo always ate the nuts, little evidence was left so it took the owner a long time before he realized what had been going on.

After discovering a few nutshells while mowing his lawn one day, the owner began some investigations and built up a 'dossier' of notes and photographs, La Repubblica reported. It was then that he caught his neighbour in the act of feeding Arturo with nuts.

A court heard that Arturo, a cross-breed, died due to eating the walnuts, which like chocolate are toxic to dogs.

The accused, Mario Macrì, has been sentenced to a year of jail for cruelty to animals. However, if Macrì pays €3,000, his jail sentence will be suspended.

As well as the emotional pain of losing his four-legged friend, the owner argued that Arturo's illness cost him €5,500 in vet bills.