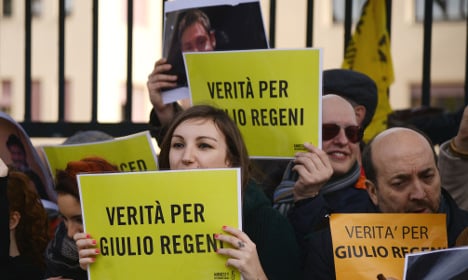 People hold placards reading "Truth about Giulio Regeni " during a demonstration in front of the Egypt's embassy in Rome. Photo: Filippo Monteforte/AFP

The Foreign Ministry said in a statement that Foreign Minister Paolo Gentiloni made the decision to recall Maurizio Massari after two days of negotiations between Egyptian and Italian investigators in Rome regarding the slaying of 28-year-old Regeni failed to yield any concrete results.

Egyptian officials handed over records of telephone conversations of two of Regeni's Italian friends, who were staying in Cairo when he went missing, as well as the photos taken on the day his body was found, said the Italian prosecutor in charge of the case.

During the meetings in Rome, Italy had demanded thousands of phone records to investigate the murder, which Egypt's assistant state prosecutor Mostafa Suleiman said was a demand that “violates the Egyptian constitution”.

Suleiman, who headed the Egyptian team that visited Rome, said the Italian investigators “conditioned further judicial cooperation on this demand” which his team flatly refused.

Suleiman said the Italian investigators also demanded CCTV footage of the area from where Regeni had disappeared. He said the footage had been automatically deleted by then.

The statement said Egyptians believe that a xenophobic criminal gang, whose members were also shot dead last month during a police counter-terrorism operation, was responsible for the abduction and subsequent slaying of Regeni.

The Italian prosecutor “reiterated his conviction that there are no elements to directly link the gang to the torture and death” of the 28-year-old Italian student.

Regeni disappeared on January 25th as he was conducting a research on Egyptian labor movements. The disappearance took place as Egyptians were marking the fifth anniversary of the 2011 popular uprising that led to the overthrow of former dictator Hosni Mubarak after almost 30 years in power.

The Italian student’s corpse was found near a Cairo highway on February 3rd. An autopsy carried out by Italian coroners discovered signs of “protracted” torture over several days, and that Regeni apparently lost his life on February 1st or 2nd.

Last week, Regeni's parents urged Italian officials to declare Egypt “unsafe” for citizens from the south-central European country to visit, saying their son was only one of many torture victims in Egypt.

The Egyptian government has been cracking down on any opposition since Muslim Brotherhood-backed President Mohamed Morsi was ousted in a military coup led by former military chief and current President Abdel Fattah el-Sisi in July 2013.

Sisi has been accused of leading the suppression of Morsi supporters, as hundreds of them have been killed in clashes with Egyptian security forces over the past year.

Human rights groups say the army’s crackdown on the supporters of Morsi has led to the deaths of over 1,400 people and the arrest of 22,000 others, including some 200 people who have been sentenced to death in mass trials.

The UN Human Rights Council has repeatedly expressed concern over the Egyptian security forces’ heavy-handed crackdown and the killing of anti-government protesters. 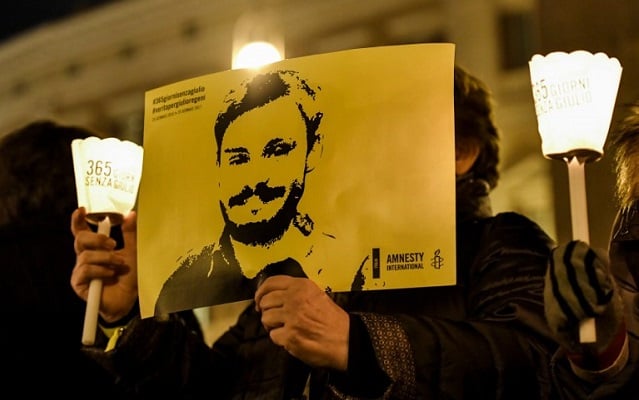