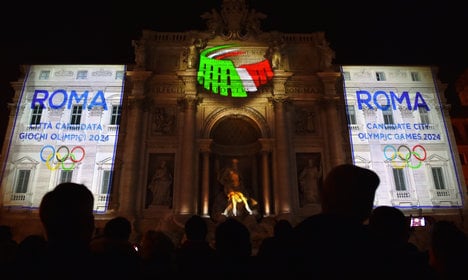 A candidate for the Rome mayor's office has said the city is unfit to host the Olympic games in 2024.Photo: Gabriel Buoys/AFP

Virginia Raggi, the mayoral candidate for the populist Five Star Movement, said Rome's chronic financial and infrastructural problems meant it would be better to bid at a later date.

Her comments are likely to infuriate Italian Prime Minister Matteo Renzi, who has backed the bid as a symbol of Italy reviving under his leadership.

Renzi warned this week that a Games-sceptic mayor would be fatal for Rome's chances of beating Budapest, Los Angeles and Paris.

“Rome today is a city on its knees, where fixing the potholes in the road has become a government project,” Raggi said in a reference to Rome currently being run by a special commissioner appointed by the central government.

The commissioner was appointed after former mayor Ignazio Marino resigned last year over an expenses scandal.

The manner of Marino's departure and an unrelated scandal over mafia infiltration of city services is seen as having increased the chances of the anti-establishment Five Star Movement winning control of City Hall when elections are held in June.

In Raggi, a glamorous 37-year-old Rome-born lawyer, they have a candidate who is currently well placed in opinion polls to make the second round run-off for mayor.

Many cities around the world were having second thoughts about planned bids for winter and summer Olympics because of the financial implications, Raggi said, citing Krakow, Davos, Boston and Stockholm.

“The IOC money isn't enough to cover all the works and raising other funds involves mortgaging the future of residents,” she said.

Raggi said Rome faced huge financial commitments if it was to get its public transport system back on track.

“We have a debt of €13 billion ($14.78 billion) and we are thinking of hosting the Olympics? Perhaps now it is better to think of routine stuff and then, when the city is ready, go for the Olympics.

“Today I would say we are far from that moment.”