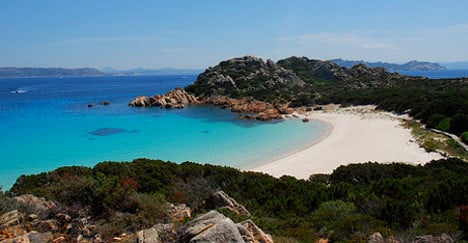 The slice of paradise has been fought over by a millionaire from New Zealand, as well a group of school children from Piedmont.

But now a judge in Sardinia has ruled that Budelli, famous for its pink sand and considered the most beautiful island in the Mediterranean, should be handed over to La Maddalena national park.

The island was almost taken over by Michael Harte, a banker from New Zealand who paid €2.94 million when it was put up for auction in 2013 after its original owner, the Milan-based Immobiliare Nuova Gallura real estate company, went bankrupt.

Harte, said to have been in love with the Maddalena archipelago for years, had carefully drawn up conservation plans to ensure its ecosystem was protected. But needless to say, his offer drew protest from local politicians, who appealed to the government to bring the island back under state control.

The government reimbursed Harte but he successfully appealed, and in October last year Italy’s National Park Authority was told to hand the island back to him, while giving him 60 days to pay his original offer price. But Harte renounced his dream in February.

Meanwhile, a group of school children launched a campaign, endorsed by the World Wide Fund for Nature, in March to buy the island back on Italy’s behalf.