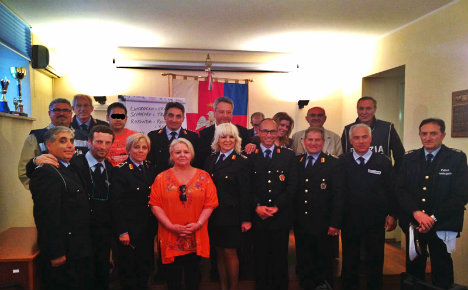 The move comes after local officers complained to local police chief, Diego Peruga, that they could no longer carry out their jobs effectively due to their lack of foreign language skills.

The city, which is located in the mountains of central Sicily, sees thousands of foreign visitors and migrants pass through each year. But the local police struggle to provide them with support as they are unable to do simple things like provide people with directions in English.

Ruvolo had a brainwave: get some of the city's asylum seekers to lay on a 30-hour basic English course for 74 members of Caltanisetta's police force.

When the mayor asked them, they were all too happy to volunteer as teachers.

“I want to help people here,” Rahaman, an asylum seeker from Pakistan, told La Repubblica. “I used to be a teacher back home and so feel I have a lot to offer.”

“It also provides them with the opportunity to give something back to the town which has welcomed them with open arms,” Ruvolo told The Local.

“I also think it's a great way to show people that migrants can be a resource for the country,” he said.

“Behind news stories of statistics and tragedies there are unique and talented people.”

Many of the forty people waiting for their claims to be processed at Caltanissetta's state-run Sprar refugee centre are fluent in English and already have experience teaching in a classroom environment.

“The students are making good progress. By far the most difficult part for me is explaining things to them in Italian because it's a language I'm still studying,” Rahaman explained.

But in spite of linguistic and cultural boundaries, the lessons have been a success.

“We hope to offer a second round of lessons between September and December and want to raise the number of teachers from two to four,” Ruvolo added.