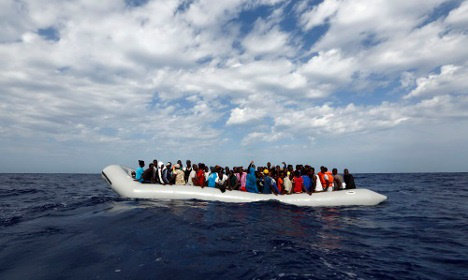 Italian coastgard sent in rescue ships after a call for help that spoke of 350 people in the water, while the Italian navy said it had saved 130 people and was searching for others.

The coastguard, which coordinates rescue operations in the area, was not able to give further information immediately.

This is the third major accident involving migrants this week, with authorities estimating that more than 10,000 migrants have been rescued near the Libyan coast.

Emergency services also said they had received distress signals from more than 15 vessels on Friday.