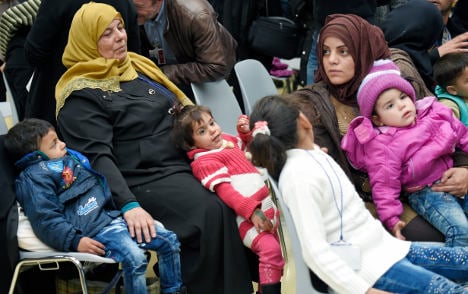 The project, co-organized by Italy’s foreign and interior ministries as well as the Sant’Egidio Catholic community, the Federation of Evangelical Churches and the Valdese Evangelical Church, got underway in February, with some 200 refugees since being flown to Italy on commercial flights from Beirut, Lebanon, as part of the ‘experimental’ stage.

Among the first to arrive was a seven-year-old Syrian girl suffering from eye cancer.

“It’s no longer an experiment but a concrete reality which enables people fleeing war or in vulnerable situations (victims of persecution, families with children, single women, the sick and disabled) to arrive safely and legally in Italy without risking their lives by crossing the Mediterranean,” the Sant’Egidio Catholic Community said in a statement.

“It’s a replicable model of reception and integration which is now being considered by other European countries.”

Two offices, in Beirut and Tangier in Morocco, were opened before Christmas to begin selecting candidates as part of the project which aims to bring 1,000 people, of various nationalities, to Italy over the next two years. There are also plans to open a third office in Ethiopia.

The costs – of hospitality, legal aid and Italian lessons, for example – are covered by the non-profit organizations behind the project, drawing mainly on religious donations, while families are housed initially with volunteers.