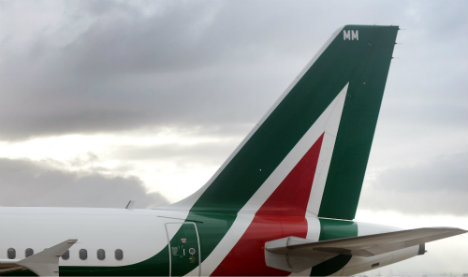 Up to 500 flights could be cancelled this afternoon as air traffic controllers go on strike. Photo: Gabriel Buoys/AFP

The industrial action has been organized between 1pm and 5pm by the Italian Union of Flight Assistance and Control (Unica) and the League of Italian Air Traffic Controllers (Lica).

The workers are striking over issues surrounding pensions and contractual rights.

“We ask all passengers to check their flights are leaving before coming to the airport to avoid discomfort,” he added.

In addition to causing hundreds of cancelled flights, the staff shortages caused by the action means many travellers can expect a long afternoon of crowded waiting rooms and heavy delays.

Many people have criticized the unions for not providing advanced warning ahead of the strike, while others have pointed to the fact it conveniently coincides with Italy's Euro 2016 fixture against Sweden, which starts at 3pm.

“Given the extremely short notice, we are doing our best to reduce problems for passengers,” said national airline carrier, Alitalia, in a statement.

“We will try and find alternative solutions to cancelled flights, where possible leaving today.”

The strike caps a difficult week for Italy, with rubbish piling up on the streets on Wednesday as refuse collectors held a national strike.

Meanwhile, workers with Rome's transport authority, Atac, were heavily criticized on Monday for calling a strike which coincided with Italy's opening Euro 2016 fixture against Belgium.