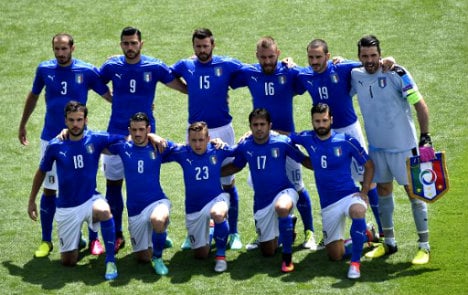 Italy will play Spain in the last 16 of Euro 2016. Photo: Pascal Pavani/AFP

Ivan Perisic's goal three minutes from time condemned the two-time defending champions to second place in Group D and repeat of the 2012 final with Italy in Paris on Monday.

“It is not ideal, that would have been to finish first (in the group),” said Del Bosque.

“We have to recover well. We are prepared to turn this situation around.

Del Bosque lamented letting slip an early lead made by Alvaro Morata. Despite the absence of the injured Luka Modric, Croatia roared back through Nikola Kalinic and Perisic's late strike.

Spain could now also have to face world champions Germany in the quarter-finals and hosts France in the semi-finals if they are to reach the final in Paris on July 10th.

“We have time to analyse the meeting with Italy. It was not the desired route for us,” added Del Bosque.

“That is football, it seemed like we had the game controlled, but in football you can't take anything for granted.

“We will try to recover from this disappointment and prepare for Monday.

“They (Italy) have been playing very well, but so had we until today and even today I don't think we played badly.”