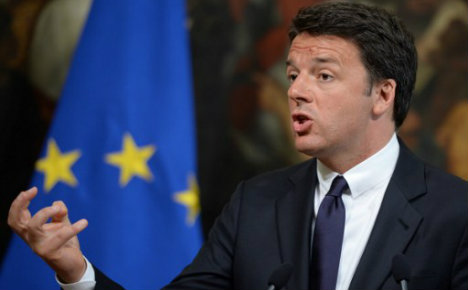 In the wake of the referendum result, which saw 52 percent of UK voters choose to leave the EU, Renzi summoned the country's top financial and business minds to his home at Palazzo Chigi in order to discuss where a Brexit leaves Italy.

“We need to change the EU, making it fairer and more human,” Renzi tweeted after the meeting. “But Europe is our home and it's our future.”

Just two days ago, Renzi made an emotional plea to Britons, urging them to vote to remain during the referendum on European Union membership.

“It would be a mistake for which you the voters primarily would pay the price,” he wrote in an open letter to the British public. “Who really wants Britain to be small and isolated?”

Renzi has also cancelled a Friday afternoon meeting of his Democratic Party (PD), moving it to next week so he could deal with the fallout from the referendum.

While Renzi was left wondering where Brexit left Italy, eurosceptics on the far-right were rejoicing, claiming they too would be pushing for a referendum on Italy's EU membership in the near future.

“Hearts, brains and pride beat lies and threats. Thanks UK, now it's our turn.”

Georgia Meloni, leader of nationalist conservative party Brothers of Italy (FdI) said that a Brexit represented “the spark needed to reform this useless institution [the EU] which only represents the ideas of business committees.”