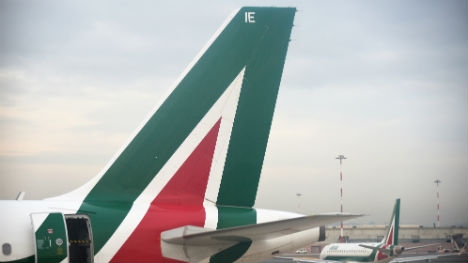 The strike, called by the Filt Cigl union, will be held between 11am and 3pm.

“The strike, the first in many years, is related to the living and working conditions of those who have been affected by previous business decisions which have never been discussed in advance,” Nino Cortorillo, the union’s secretary, said.

“Working hours have risen while the procedure used for redundancies, in our opinion, is outside of the norms.”

Alitalia has been struggling to turn its fortunes around since a 49 percent stake in the company was acquired by the Abu Dhabi-based carrier, Etihad, in 2014.

Australian Cramer Ball, who was appointed Alitalia CEO in March, told employees that the strike was “incomprehensible”.

In a letter seen by Ansa, he said: “It is incomprehensible that unions are ready to damage our clients and affect Alitalia's business to defend the privileges of a part of employees”.

The company said in a statement that it has extended the period of rebooking tickets up to 29th October 2016 “in order to minimise as much as possible the inconvenience to passengers”.

For more information on this and refunds, click here.

Some 75,700 jobs in Italy are supported by Alitalia, contributing €4.7 billion to the national economy, according to research published last week by the UK-based Oxford Economics.

“The positive impact Alitalia makes to the Italian economy is hugely beneficial in terms of the number of jobs it supports nationally, both directly and indirectly. We are a significant employer in our own right but this new research shows the powerful catalytic effect that Alitalia has in terms of indirect employment,” Ball said in a statement last Monday.

“Many jobs in hotels, ground transport companies, freight forwarders, catering, manufacturing and throughout the tourism industry, all benefit from Alitalia's presence, and suppliers to these sectors also create employment opportunities for Italians.

“Inbound tourism is a clear winner and I hope that in the months and years ahead the efforts of both the airline and the tourism sector will make even greater strides to build meaningful and sustainable employment opportunities for all levels of society in Italy.”