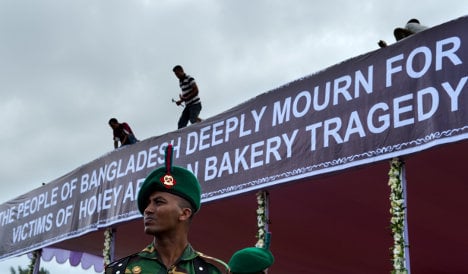 Workers put the finishing touches to a banner before a memorial service in Dhaka on Monday. Photo: Roberto Schmidt/AFP

The state aircraft is due to arrive at Rome’s Ciampino Airport between 6pm and 7pm.

Twenty people were killed in the attacks at the Holey Artisan Bakery. The other victims included seven Japanese, one American and one Indian.

The attackers stormed the cafe late on Friday, taking the foreigners hostage until troops entered on Saturday. Many of the victims were hacked to death.

Another Italian, Jacopo Bioni, a chef at the cafe, was in the kitchen when the attackers arrived and managed to escape the massacre after climbing up to the roof and jumping off.

He sought refuge with a Muslim family until Saturday afternoon. Bioni, who had lived in Dhaka since 2010, immediately returned to Italy along with dozens of other Italians on Sunday.

Gennaro Cottugno, a textile entrepreneur who was feared to have been killed in the attacks after being reported as missing, is also returning to Italy on Tuesday.

“I was supposed to go to the restaurant too that night, but another Italian and I were both feeling unwell and so we decided to stay home,” he told Ansa.

“The Holey was frequented by many Italians because of the fresh bread, and it was one of the few places where you could eat well.”

The father-of-three is making his way back to Bitonto, in Puglia. “I will probably never go back [to Bangladesh]”, he added.

Among the Italians who died was a 33-year-woman who had been in Bangladesh for 18 months for work, a 52-year-old woman textile executive and a 47-year-old entrepreneur who was the father of three-year-old twins. 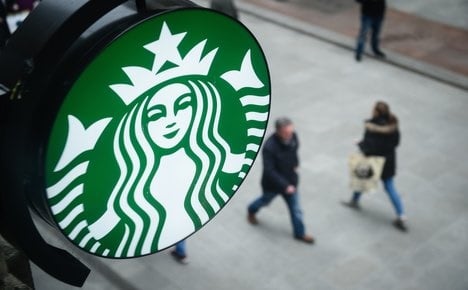 BUSINESS
‘Not only for students and tourists’: Starbucks announces plan to expand across Italy
Url copied to clipboard!