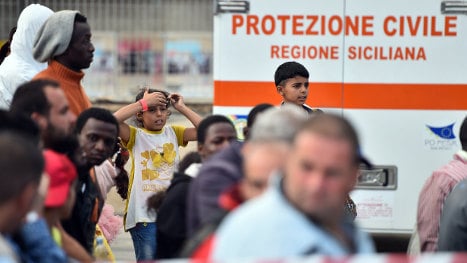 Some 153,000 migrants arrived on Italy’s shores in 2015, while a total of 70,930 landed between January and June, Italy’s Interior Ministry said earlier this month.

The country has struggled to find accommodation, meeting staunch opposition from some regional authorities. Its French, Swiss and Austrian neighbours have also tightened borders.

Under the new plan, the full details of which are yet to be ironed-out, each host town or city participating in the Sprar (protection for refugees and asylum seekers) programme will accommodate two or three migrants for every 1,000 residents, La Stampa reported.

Some 800 local authorities are so far involved in the project, which is funded by the Interior Ministry through the National Fund for Asylum Policy and Service.

Each authority would be given financial incentives while rules governing the hiring of staff to help assist and integrate migrants would be relaxed, La Stampa said.

The aim of the plan is to get more authorities on board and encourage a more equal distribution of migrants, while alleviating the pressure on larger cities and accommodating people in less-populated areas.

“To date, immigration has been well-governed, but the numbers are exceeding a governable threshold,” Piero Fassino, the former mayor of Turin who was made president of the National Association of Italian Municipalities last week, said.

“If it is not addressed in time then this problem threatens to overwhelm us.”

Some 22,300, or eight percent, of asylum seekers across the EU applied for refugee status in Italy in the first quarter of 2016, figures released by Eurostat in June showed.