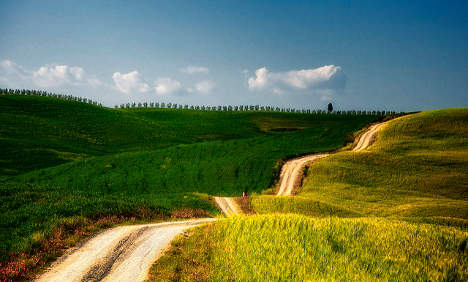 Did you come to Italy to sketch scenes of Tuscany? Photo: Dimiti Flickr

As a foreigner in Italy, you may be entirely unaware that you have become a member of an expat tribe. A simple test can however detect which one you belong to.

Begin by deciding which of the following three descriptions most closely describes you and, if you're wildly different, check out the top ten to find out which is your expat tribe.

1. You have read every book on ancient Roman history and are so acquainted with Roman emperors that you call them by their first name.

2. You have a penchant for flowing scarves and love to sit in the piazza wistfully with your sketchbook.

3. You've come to Italy to find yourself through a spiritual process based on the healing qualities of pizza.

READ MORE: What kind of Italy expat are you?