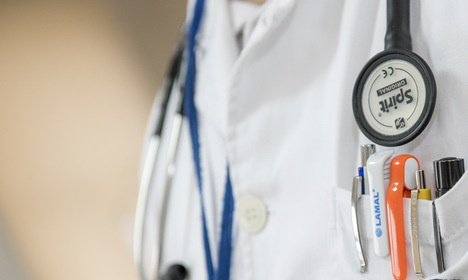 However, it didn't take long for an examination to discover the problem; the healthy left kidney had been removed, instead of the right, which had a malignant tumour.

The mix-up happened in Vigevano in Lombardy, northern Italy, after a 78-year-old was diagnosed at a clinic with a carcinoma, local media reported. When he went to the local hospital, surgeons removed his left kidney – which, it turned out, had only a benign tumour.

After several further hospital visits to assess why his condition wasn't improving, doctors realized the error and eventually removed the right kidney – the one with the carcinoma.

The pensioner will now have to go to the hospital for dialysis three times each week, each session lasting between three and four hours.

“The pensioner is doing well for now,” Roberto Bellazzi, a specialist from the hospital, told local paper La Provincia Pavese. “Some patients are offered the chance of home dialysis, but in situations like these, considering his age and the fact that the man is a widow with only one child, we thought that he could benefit from the assistance offered in hospital.”

A representative from the clinic where the man was initially examined said that their report had noted the tumour on the right kidney as well as a mass on the left and had recommended hospital staff to carry out a biopsy before operating.

The hospital has reportedly opened an internal investigation and issued an apology to the 78-year-old as well as an assurance that they will cover the necessary costs.