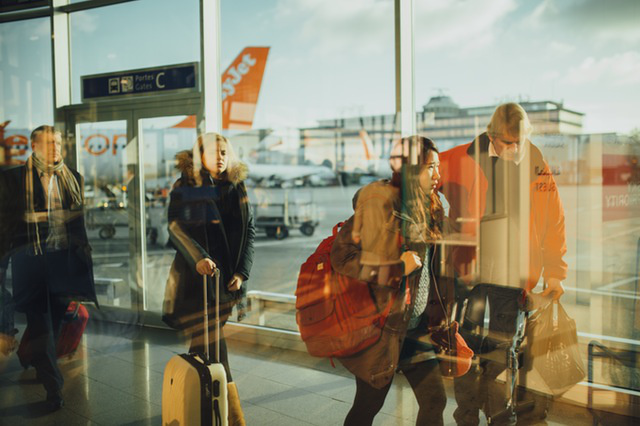 More Italians than ever are choosing to move abroad. File photo: Pexels

The  'Italians in the world' report tracks the number of people on the Registry of Italians Resident Abroad (Aire), and revealed a shift in the age and social status of those moving abroad. Italian expats are most likely to be young and single, with men slightly more likely than women to make the leap abroad.

Fondazione Migrantes described the rise in emigration – particularly among the 18-34 age group, which made up a third of emigrants last year – as a “brain drain”, noting that not only do Italians of the 'millennial' generation have the highest average level of education, but they also suffers from the highest unemployment levels, leading many to look overseas for work opportunities.

With the many programmes offering study and work opportunities to young people abroad, such as Erasmus+, for this generation “the choice is not so much whether to leave, but whether to stay”, the report added.

The next most likely age group to pack their bags were 35-49 year-olds, who made up 25.8 percent of migrants, while children aged under 18 accounted for one in five Italians to move abroad. Just 6.2 percent were aged over 65, and this was in fact the only age group to see a drop in migration numbers year-on-year.

A drop in emigration from the south

Another interesting change was the increase in emigration from the prosperous north of Italy.

Traditionally, southern Italians have accounted for the majority of those moving abroad, due to economic factors such as high unemployment in the southern regions.

But latest migration figures show a sharp rise in moves from northern Italy, with Lombardy and Veneto the regions with the most emigrants. Sicily fell from second to third position, followed by Lazio, Piedmont and Emilia Romagna.

This shift may seem surprising, as Lombardy is one of the wealthiest regions, consistently reporting a high GDP per capita, high rate of growth and low unemployment.

However, increased employment opportunities and higher quality of life are becoming more popular reasons for moving abroad, according to Fondazione Migrantes, suggesting that even in the wealthier regions, qualified Italians feel they could get a better deal by moving to a new country.

In fact, earlier this week the Ministry for Economic Development faced backlash after a leaflet advertising to foreign investors boasted that experienced Italian workers were paid significantly less than their European neighbours.

“Italy offers a competitive wage level (that grows less than in the rest of the EU) and a highly skilled workforce,” the Italian Trade Agency declared. 'Migration is harmful if it is one-way'

So where are Italians moving to?

The most popular destination was Germany, where 16,568 Italians decided to start a new life, followed very closely by the UK (16,503), Switzerland and France. Over two thirds of expats (69.2 percent) stayed within Europe, with the majority of the rest opting for North America.

The number moving to southern America saw a sharp drop of 14.9 percent compared to 2014, and only 352 Italians moved somewhere outside Europe or America.


Italians are most likely to move to northern Europe. Photo: Pexels

“Mobility is a resource,” the report noted. “But it becomes harmful if it is one-way, in other words when it is a hemorrhage of talent and skills from one place, with no corresponding return.”

Italian President Sergio Mattarella echoed this concern in a statement, saying that the study “forces us to look for solutions to benefit from migration, eliminating the risks”.

He added that the choice to leave the country was often “a sign of impoverishment  rather than a free choice inspired by the movement of knowledge and experience “.

A total of 4,636,647 Italians are registered as living abroad, a number which has increased by 3.7 percent since 2014. The 'Italians in the World' study has been running since 2005, and over the past decade the number of Italians abroad has swelled by almost 50 percent.