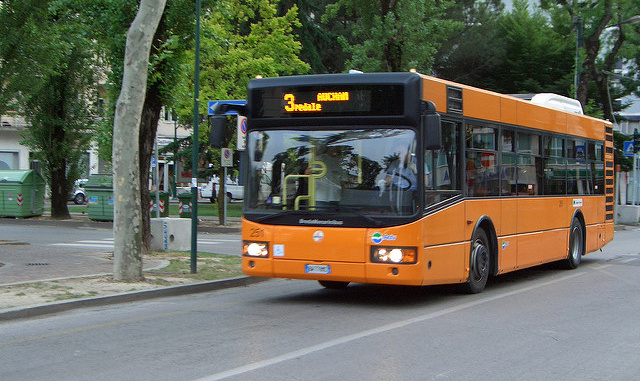 But he's sticking to his decision.

The mayor of Calizzano, a town near Savona in northern Italy, held a meeting with the local bus company and the owners of the hotel where 40 refugees are currently staying, to request that the migrants use a different bus from schoolchildren.

The mayor, Pierangelo Oliviero noted that since the bus only had space for 48 people, and children had to take either the 6.30 or 6.45 bus in order to reach school on time, the migrants staying at the Hotel Lux should use a different mode of transport.

The head of the Democratic Party in Liguria, Raffaella Paita, condemned Oliviero's decision, calling it “shameful” and comparing it to the segregation in America in the early 20th century.

“Those who speak of apartheid are right,” she was cited by Italian media as saying. “Problems are not resolved by discriminating against people.”

However, Oliviero pointed out that he had not imposed an outright ban, but merely suggested that refugees avoid using the crowded bus which commuters and students were forced to take.

“It's simply a matter of common sense,” he said, according to local paper Il Vostro Giornale.

The local branch of the National Association of Italian Municipalities (Anci) defended Oliviero, saying the policy was “nothing to do with racism” and that Calizzano was a “virtuous” town, which had been among the first to accept migrants and help them integrate.

Anci noted that the town of 1,500 was hosting 40 migrants in the local Hotel Lux, a significantly higher number than the 24 originally agreed.

Police had recently been called to the Hotel Lux to break up a brawl among some of the refugees, Il Giornale reported, while there were also accusations that migrants were not all paying for their transport tickets and behaving inappropriately around women and girls on the bus.

Italy's migrant centres are overcrowded, due to a steady flow of arrivals and the closure of borders with France and Italy. Furthermore, these centres have not received a cent of government funding in months.

The increase in the number of migrants has led to social tensions, and Calizzano is not the only Italian town that has seen newcomers 'segregated'.

Earlier in the month, it emerged that two refugee children at a school in Sardinia were asked to use different toilets from the other children, after parents voiced fears that the boys might have contagious illnesses.